When Carl first came to AAGA, he was what is often referred to as a “spook”. He was very fearful and skitzy and appeared very leery of men.  He had previously been in a home in Florida for 3 years and was sent up to us when his owner lost his job and moved in with his parents. Although Carl had supposedly lived with small children, we felt that he should not be rehomed to a family with children based on his extreme shyness, and his subsequent adopter was so advised. After 4½ years in that second home Carl was returned to us because the owner could not trust him with her grandchildren, he reacted negatively to being handled, he wouldn’t allow his feet to be touched, and the dog sitter was afraid of him.  His vet actually recommended that he be euthanized. We talked the owner into returning him to us. Carl showed up back at AAGA extremely anxious with no history of shots or preventative heartworm medication.  In just 2 days in our environment his anxiety had markedly decreased. We placed him on trial with a veterinarian who had been requesting we find her a senior Greyhound.  Through her patience, professional therapy and tender care, Carl is transforming into a calm, affectionate, and easily manageable companion. And, yes, she has now adopted him and given him a permanent forever home. 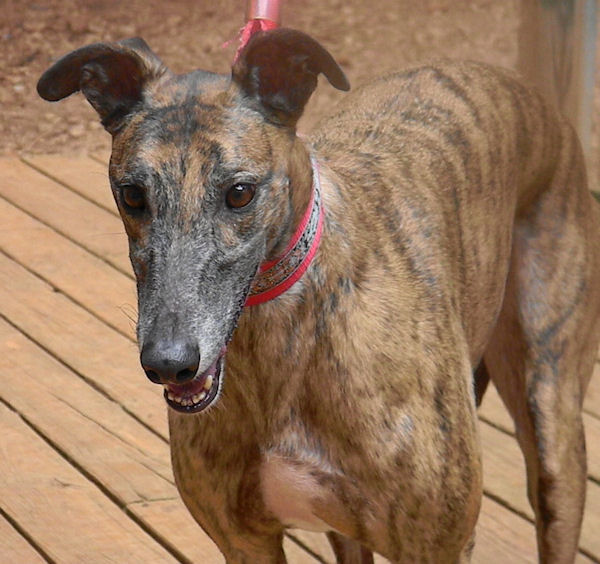