Why was Lucinda retired before she even reached 2 years old?  Well, Lucinda was guilty of “interference”.  This is when a Greyhound doesn’t just concentrate on running the race but instead distracts the other racers, impeding their performance.  This is an absolute “no-no” on the track.  So, despite her potential (the product of an “All American” father and an Irish grandfather), Lucinda was sent packing by her trainer to AAGA after just 3 races.  While she is very sweet, we see evidence of her “interference”; she likes to roughhouse with and bark at the other Greyhounds.  No doubt she will mellow out as she ages. 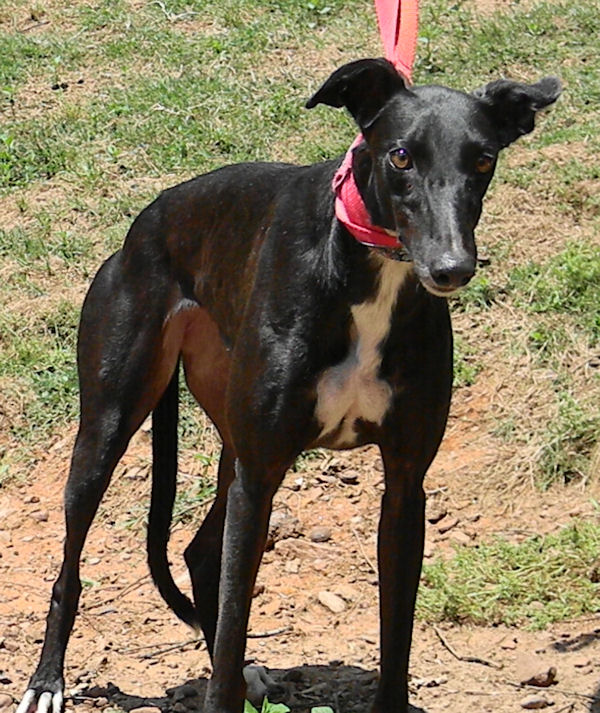