We don’t see Quickie’s “red ‘n white” coloring very often, so he’s likely to stand out in a group of Greyhounds. He is quite strong and could use more leash-training, but he is an appealing fellow and certainly handsome.  In his 131 runs at over 5 different racetracks, he brought home a purse 54% of the time and earned 2.0 performance points.  In his last race in June, he was reported as “a constant threat” and finished 2nd.  It kinda makes you wonder why he was retired shortly thereafter. 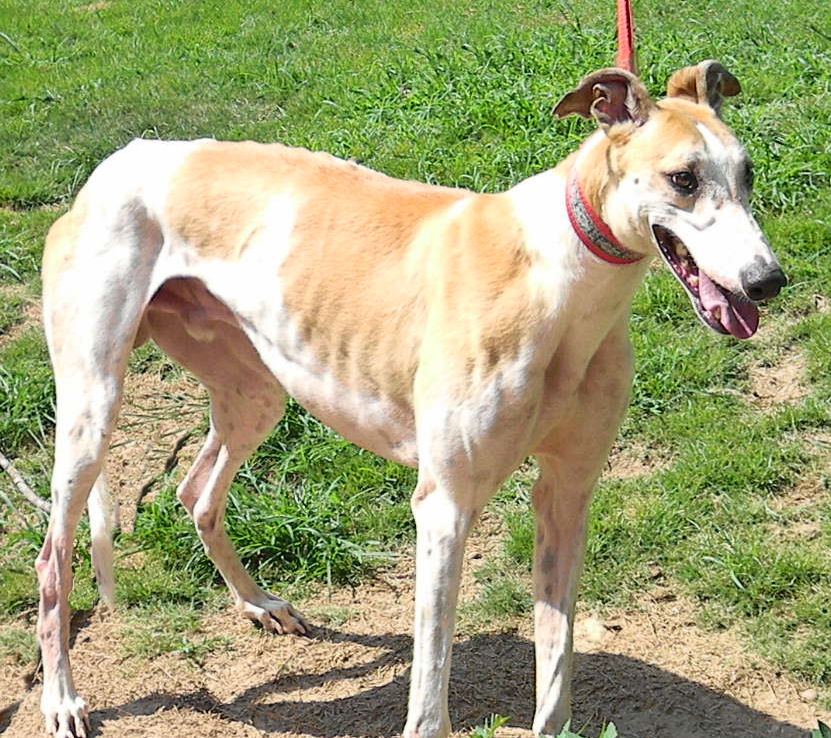