Woody is like a big cuddly teddy bear.  He’s a quiet and laid back guy who likes to lean in and tuck his handsome head under your arm or between your knees.  He can boast of a noteworthy pedigree and raced at Birmingham, Orange Park, and Tri-State, respectfully completing several dozen races.  He finished 3rd in his last race in February 2016, following which he was retired and rehomed by AAGA. He was recently returned to us through no fault of his own but due to a change in the financial status of his adoptive family. 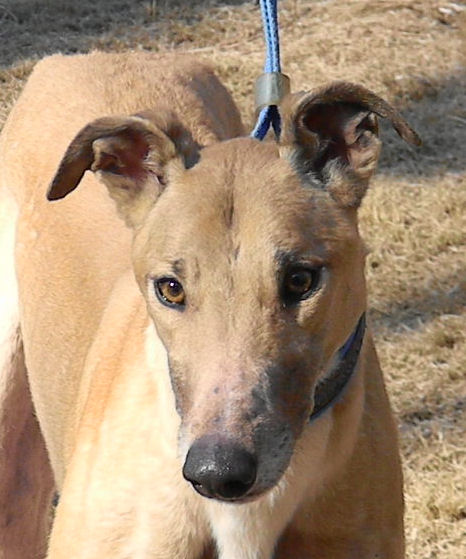