Known as “G”, this moderately-sized young boy (69 pounds) can boast of a lot of big names in his pedigree.  When he raced, he was always determined to try for the rail, and as a result would frequently get hit, bumped, and collided with. Because of this racing trait that he wouldn’t change, it was decided to retire him at a young age before he became injured. “G” is a bit shy with strangers but warms up quickly when people become known to him. 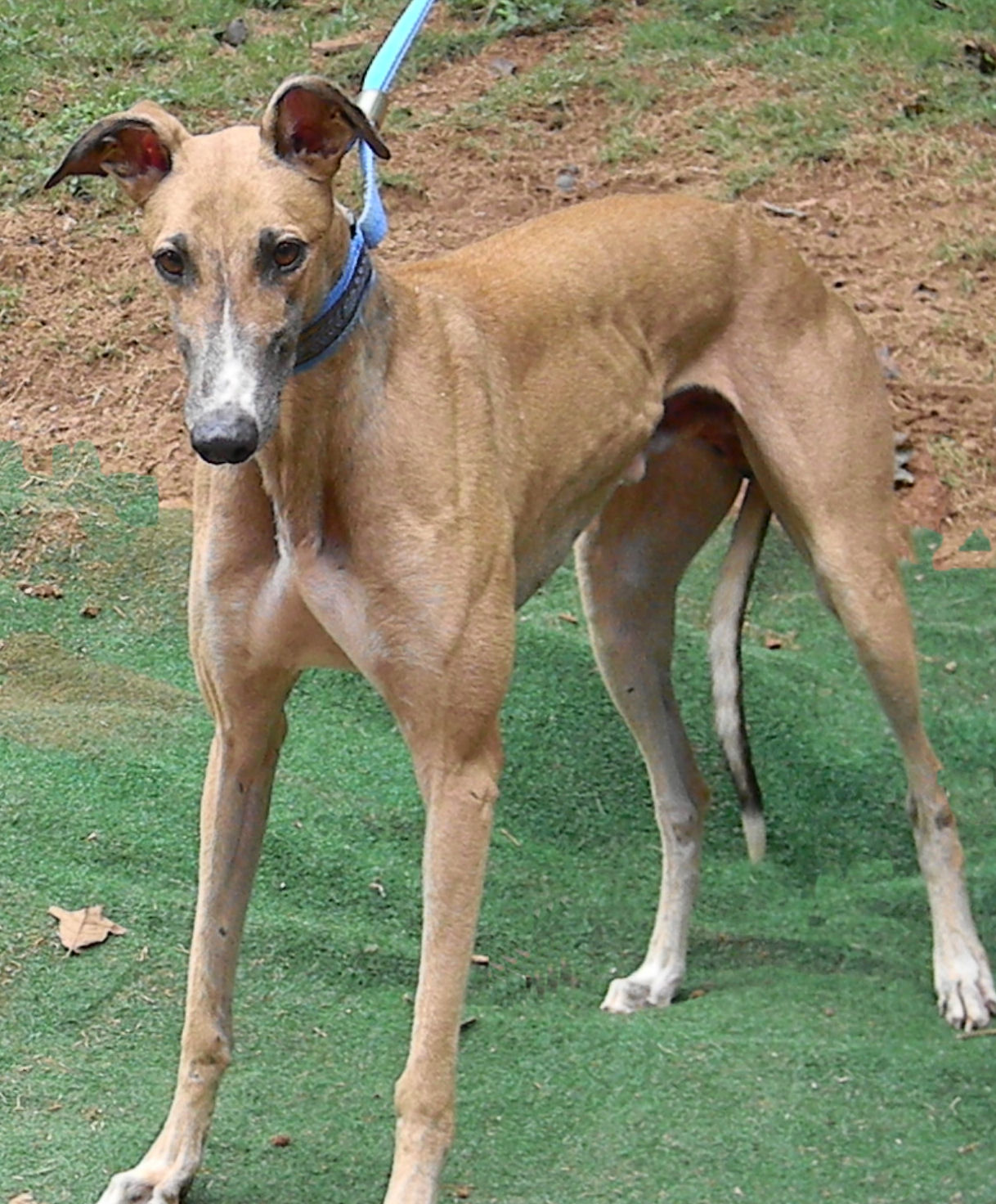 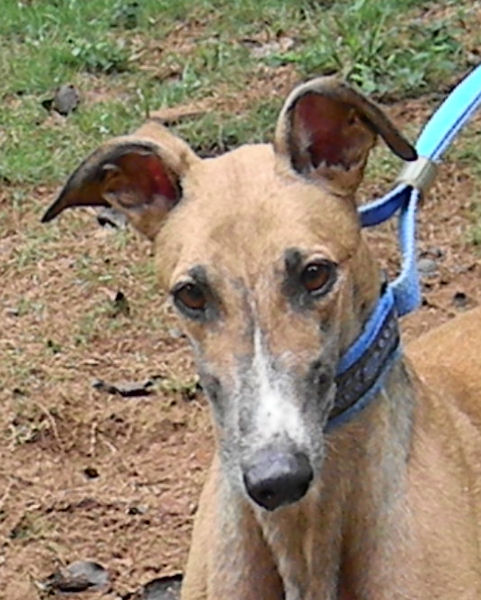